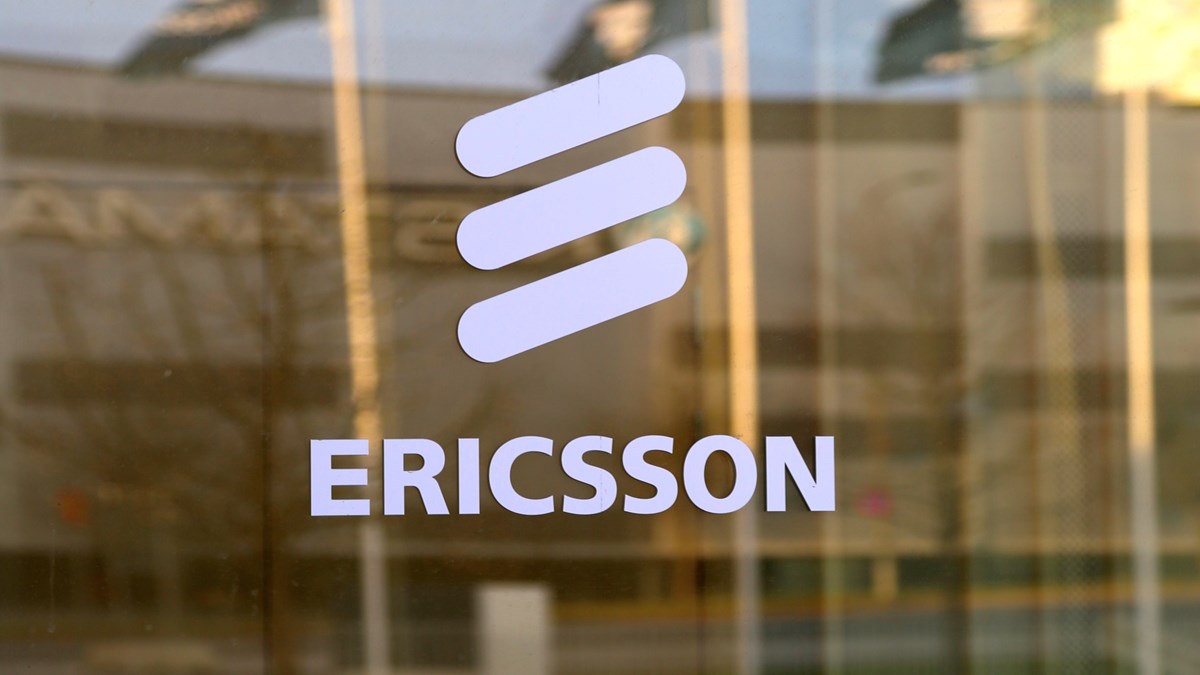 Another investigation into Ericsson’s stay in Iraq, a big ‘pledge’ of cash to bridge the digital divide and encouraging news from the fixed broadband market are the main elements of today’s news roundup. today.

Ericssonit is Iraq’s nightmare became even darker after the announcement that the Securities and Exchange Commission (SEC)the American organization which regulates the stock markets and protects investors, has “opened an investigation into the facts described in [Ericsson’s] Iraq Inquiry Report 2019”. The Swedish supplier had previously warned that its admission that certain payments made by Ericsson representatives before the start of 2017 ended up in the coffers of terrorists could lead to punitive action by US authorities. The US Department of Justice (DOJ) previously ruled that Ericsson breached the Deferred Prosecution Agreement (DPA) entered into in late 2019, the terms of which included a $520 million fine. The DOJ is still digging into Ericsson’s dealings in Iraq, but the SEC was conducting its own separate investigation, which has now resulted in the launch of a formal investigation. Ericsson says it is “fully cooperating with the SEC.” With the ongoing DOJ investigation having overshadowed Ericsson’s first quarter financial report, it now seems likely that the SEC’s investigation will cast a shadow over the second-quarter earnings presentation – which is due on July 14. Expect a new wave of class action lawsuits against the seller to be announced in the coming weeks…

“Connecting the unconnected” is a very important task, given the number of people around the world who still do not have access to the kind of digital services that could improve their daily lives in many ways. So when the International Telecommunication Union (ITU) announced that the Partner2Connect Digital Coalition (P2C)a multi-stakeholder alliance, had received more than 360 pledges “representing an estimated combined financial value of US$18.55 billion” to “expand internet access everywhere as a key aspect of sustainable development”, which seemed fantastic, because, as noted by the ITU, “some 2.9 billion people – more than a third of the world’s population – have still never connected to the Internet. The announcement was made this week at the ITU World Telecommunication Development Conference in Kigali, Rwanda, which focused on aligning connectivity strategies with the United Nations Sustainable Development Goals. So… that’s a lot of money! But why is the total value of the pledges “estimated”? Well, the ITU points out that the pledges are “not only financial – they also included innovative commitments, policies and advocacy plans to bridge the digital divide, creating fertile ground where new partnerships and alliances for global connectivity can flourish”, and include “services, technical support and other forms of assistance”. Hmm… OK, so how much of this huge total is real funding – cold hard cash? When we asked the ITU, they told us the pledges were now worth $24.49 billion as support for the P2C Digital Coalition’s efforts to bridge the digital divide poured in. Well, that’s even better, right? But, to return to the current question, how much of this is real money rather than “policies” or “plans” that have been assigned an estimated value by unidentified people? Although we’ve asked it many times and rephrased the question in many ways to make it absolutely clear that we’re asking how much of those nearly $25 billion in pledges are actual funding commitments of projects that will help connect the unconnected, we have not received a response. The ITU, however, has gone to great lengths to assure us that it “will not serve as a repository of funds related to these pledges, except where a pledge could be directly tied to support for a the ITU (such cases represent a small proportion of the 18.5 billion pledged – and relate mainly to joint advocacy commitments (such as the Broadband Commission commitment) and programmatic commitments (such as Giga, I -CoDI, Cyber4Good, etc.) be accountable for delivering on those commitments – whether that means spending a set amount of money, implementing specific policies, or launching new programs or advocacy actions.” So if nothing happens, don’t blame ITU…plans “to monitor and report on the implementation and progress of these commitments. robust and rigorous online reporting, and we plan to p Publish a follow-up report, which will be published every year, starting in the next year, possibly linked to regional P2C events, where donors can report on what they have done, and new partners can join in . We will announce this new reporting platform…as soon as it is ready. But the question of how much of those pledges is actual funding remains unanswered, at least for now. More information on what could really happen if the pledges go through with anything can be found in this announcement.

Despite supply chain constraints, the fixed broadband access equipment market grew 14% year-on-year during the first quarter of 2022 to reach a value of $4.4 billion, according to analysis by market Dell’Oro Group. Growth was driven by demand for passive optical network equipment used in fibre-to-the-premises deployments and fixed wireless access equipment sales at customer premises. “Despite all the supply chain, logistical and labor challenges, service providers continue to invest heavily to expand their fiber-optic broadband networks, especially in North America” , noted Jeff Heynen, vice president of broadband access and home networks at Dell’Oro Group. , in this press release. “Many of these deployments are aimed at providing multi-gig services as carriers look to stay ahead of their competition,” he added.

South Korean operator KT Corp. unveiled plans to invest a total of KRW 27 billion ($21.5 billion) in developing network infrastructure, artificial intelligence (AI) and cloud computing by 2026, The Herald of Korea reported. Of this amount, KRW 12 billion ($9.5 billion) will be invested in artificial intelligence, cloud computing and multimedia content projects, including the creation of automated customer service centers and robotic services, alongside data centers and AI at scale. Another 3tn KRW ($2.3 billion) would have been allocated to supporting startups and potential strategic ties with investee companies. telecom is also tipped to have earmarked some KRW 12 billion ($9.5 billion) for network infrastructure and research and development efforts, with a particular focus on high-speed wireless connectivity and the exploration of 6G and other next-gen standards. He also pledged to create 28,000 jobs over the next five years, according to the media report.

Philippines-based operator Globe Telecom is tipped to consider an option to sell about half of its tower assets in a deal valued at $1.5 billion. Bloomberg reported that the sale would include approximately 6,000 towers from the company. The potential move is at an early stage of identifying potential bidders with the help of an adviser, but there is no guarantee that an actual sale will materialize, according to unnamed sources. Globe Telecom told the news agency there was no board approval for a sale or leaseback transaction covering its tower portfolio at this stage. However, the telecom operator reportedly added that it was working with different tower companies to roll out its network. Globe Telecom’s main competitor in its domestic market, PLDT, recently agreed to sell a total of 5,907 telecommunications towers in deals valued at 77 billion pesos (PHP) ($1.47 billion).

The United States Federal Communications Commission (FCC) announced another batch of support to bridge what he calls the “homework gap”. Under its Emergency Connectivity Fund (ECF) program, it will set aside more than $244 million to support 259 schools, 24 libraries and a consortium across the country for the upcoming 2022-23 school year. FCC’s total support for students in the United States under the ECF since its launch in May 2021 is $5.1 billion to date.

Tech de Telefónica has completed the acquisition of the European cloud services specialist BE-dull for around 350 million euros. The agreement, first announced just a month ago, give Telefonica Tech, the Spanish telecommunications company’s cloud, AI and cybersecurity services division, a broader geographic presence and is strengthening its professional and managed services capabilities across Europe. BE-terna has more than 1,000 employees at 28 locations in Austria, Germany, Switzerland, Slovenia, Croatia, Serbia, Denmark, the Netherlands, Sweden and Norway.

UK regulator Ofcom opened a consultation on establishing a spectrum licensing regime for the use of drones for the provision of commercial services. The authority has worked with the national government and the Civil Aviation Authority (CAA) to come up with a new approach to licensing the necessary radio equipment on drones. “We are proposing to introduce new spectrum licenses that allow operators to use mobile and satellite networks to achieve this,” the regulator said. Current drone operating permits are “unsuitable for the services offered by the latest generation of drones”, according to Ofcom. As a solution, she proposed “a range of technologies” to be allowed so that more advanced types of drones, which she points out are increasing in both size and complexity, are allowed to take off. In particular, he pledged that the new licenses will focus on the use of safety equipment so that drones “operate safely in British airspace”. Read more.