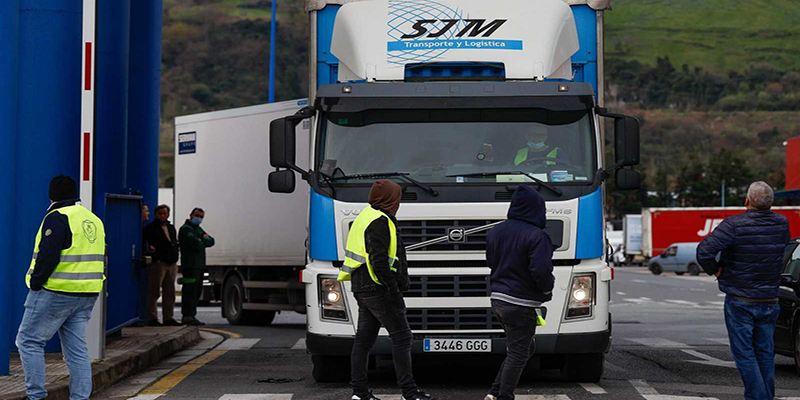 ArcelorMittal and Azucarera have decided to stop production. The dairy, steel and fishing industries are operating at mid-range. And the shortage of products is starting to be felt on supermarket shelves, as violent pickets record more than 80 attacks per hour, according to figures communicated by the executive to distribution companies. The employers’ association CEOE warns that the violence of the freight transport strike is breaking the entire chain of distribution in many sectors of the economy.

The government describes the strike as “a boycott encouraged by the far right”, and Transport Minister Raquel Sánchez says “I’m not going to sit down with a group of radicals who act violently”. The government has therefore decided to mobilize nearly 24,000 agents of the state security forces to “act forcefully” and try to put an end to the “violence”.
The problem is that “the government of Pedro Sánchez, which denounces the violence of pickets in the transport of goods and promises strong measures, decriminalized coercion and violent actions by pickets less than a year ago”, as the digital newspaper Vozpopuli.com reminds us.