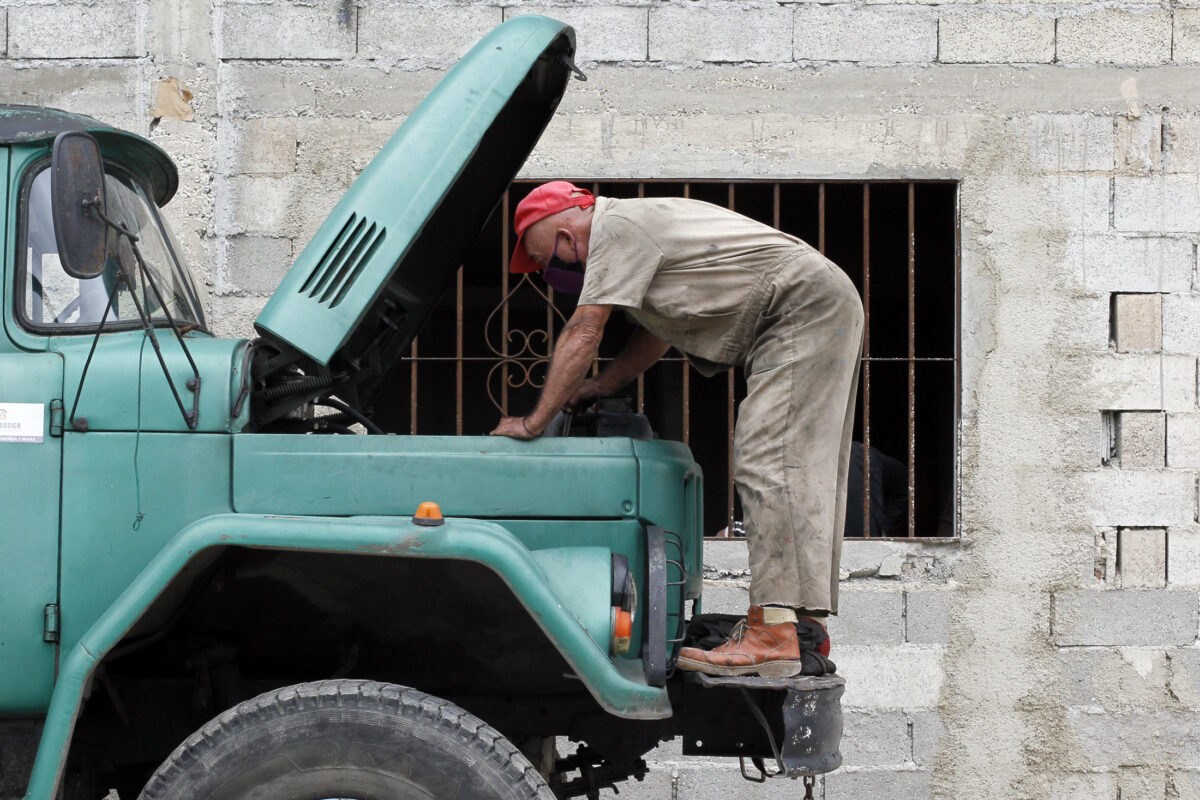 The war in Ukraine, a new setback for the Cuban economy

HAVANA TIMES – International sanctions against Russia in response to its invasion of Ukraine and the war waged in this European country could slow Cuba’s post-COVID economic recovery, likely affecting both state-run sectors and the private sector, as well as the black market which helps many families to get by.

The escalation of conflict is keeping the prices of the oil sector high, as well as of minerals, fertilizers, wheat and other foodstuffs.

Such a situation constitutes additional pressure for an economy heavily dependent on imports like that of the Caribbean island of 11.2 million inhabitants, which buys around 60 to 70% of the food it consumes abroad.

With extremely low production levels of sugar, citrus fruits, coffee and cocoa etc. in recent years, the island has very few products that it can export to balance its additional expenses.

Cuba is among the top 10 nickel producers in the world, and it is its first export sector, and the third in terms of income, after professional services and tourism.

Russia is the source of 10% of the world’s nickel production, essential for the manufacture of stainless steel and batteries for electric vehicles.

Fears of a potential supply shortage saw the ore fetch as much as $100,000 a tonne on the London Metal Exchange on Tuesday (March 8) and trading was halted.

However, Cuban nickel production levels have been declining since 2012, when one of its processing plants was closed (two are still in operation) after hurricane damage and technological obsolescence.

On March 4, the Cuban President, Miguel Diaz-Canel, and the President of the Canadian company Sherritt International, Leon Binedell, spoke in Havana “of the potential (to) increase the participation of this country in the economic development of Cuba, particularly in activities such as mining, oil exploration and power generation,” an official statement read.

The Canadian company has worked with Cuba’s Cubaniquel Corporation for 27 years, running the joint venture Moa Nickel SA Comandante Pedro Sotto Alba, which is the country’s leading manufacturer of sintered metal (a compact mixture of metal powders) and nickel sulphides. , as well as cobalt, extracted from the deposits of Moa, in the province of Holguin, in the east of the country.

European countries, the United States and Canada have closed their airspace to Russian planes, so Aeroflot and other companies have suspended flights to the American mainland, while some 5,500 tourists wait on the island for flights from evacuation to bring them back to the Eurasian country.

Before the start of the conflict, Cuba forecast a 4% growth in its gross domestic product (GDP) in 2022.

However, “the sanctions against Russia will also be felt in informal supplies of equipment and materials for private transport,” predicted business and business adviser Angelo Marcelo Rodriguez in a conversation with IPS.

The sociologist and economist recalled the fact that many private drivers maintain their vehicle with spare parts that come from this country.

In addition to classic American cars from the 1940s and 1950s, commonly referred to as “almendrones“(in short), a large number of cars manufactured during the former USSR are still driving on Cuban roads, like the old Lada models.

Official statistics indicate that around 27% of the Cuban capital’s total passengers travel thanks to independent drivers, whom the government has classified as essential to alleviate the chronic deficit of public transport in this city of 2.2 million people. ‘inhabitants.

Russia abolished the visa requirement for Cubans, Russia was until now a very popular shopping tourism destination, where Cuban citizens went to buy goods their families needed or resell them on the black market .

The structural crisis of the Cuban economy, which has worsened due to the effects of the COVID-19 pandemic and a stricter US blockade (in force since 1962), means that there are food shortages , medicines and other consumer goods, because the country is in a bad financial situation and is unable to produce or import them with its planned economy.

In July 2021, the government allowed non-commercial imports of food, hygiene and medical products, and waived customs charges for goods in passenger luggage, which will remain in effect until June 30.

“The suspension of flights to Russia is bad news. The products I bought there helped improve the quality of life for my two children and my family,” said Gillian Suarez, a resident of the town of Moa, 815 km east of Havana. .

Suarez, the 35-year-old former electrical engineer, told IPS over the phone that she had brought “electrical appliances, clothes, shoes, medicine and syringes for my father, who is diabetic and has to inject insulin”, from Moscow in January. “I know people who bring medicine, and they get paid well because we don’t have that medicine here, but I don’t sell it.”

“The opportunity for the private sector could be to find new spaces to access sources of supply, while this is also difficult,” Rodriguez analyzed.

He believes that a promising situation could emerge on the horizon if the process of rapprochement between Cuba and the United States resumes.

“Members of the Cuban private sector could go to the neighboring country to access certain goods and services, then import them as personal goods, or through micro, small and medium-sized enterprises (MSMEs), and it will look like a relationship business,” he added. added.

During the Cuban thaw between December 2014 and January 2017, numerous agreements between the governments of former presidents Raul Castro (2008-2018) and Barack Obama (2009-2017) helped the private sector thrive on the island through l arrival of cruises, direct charter flights and an atmosphere of political relaxation.

The embargo still blocks Cuba’s access to goods and services from the world’s main economy, located just 167 km from its shores.

This factor causes Cuba’s GDP to plummet and harms above all consumption and family dynamics, as well as private sector sales and work, researcher Pavel Vidal pointed out in his analysis of the economic impact of US sanctions between 1994-2020.

Vidal’s analysis was published by Spain-based Royal Institute for International and Strategic Studies Elcano on February 7.

On March 3, the United States announced that it would gradually resume consular services and grant visas in Havana, after having virtually paralyzed its operations in 2017 due to health incidents reported by American diplomats.

Nevertheless, the family reunification visa – the only visas at the moment – will be processed “as soon as possible”, but without a “definite timetable”, explained Emily Mendrala, assistant assistant secretary for Western Hemisphere Affairs at the Department of US state. a press conference on Monday 7.