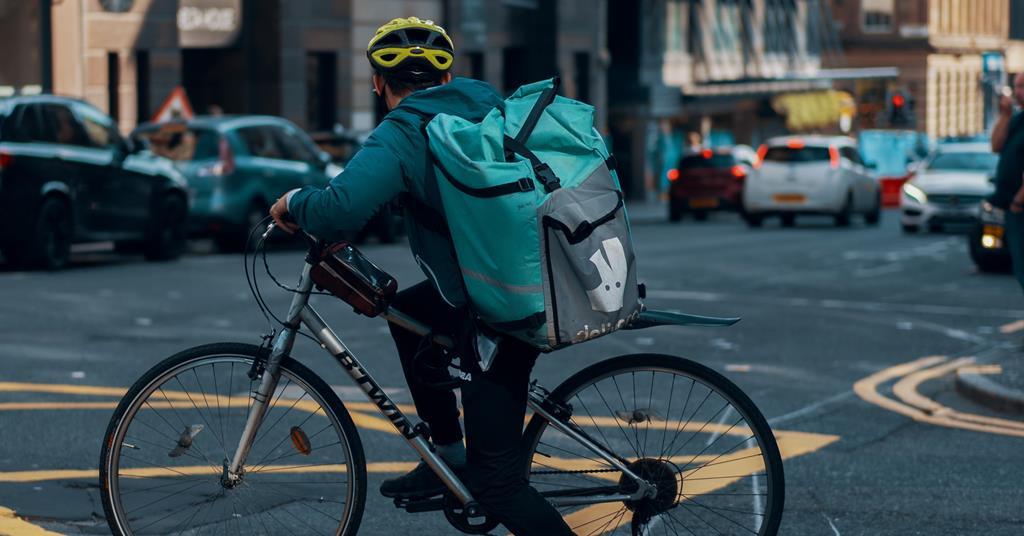 The gig economy is back in the news. The Grocer recently announced that new delivery platforms such as Gopuff, Getir and Jiffy are considering joining Deliveroo and Uber Eats in adopting the gig economy model for their businesses.

From a business perspective, it’s easy to see why: consumers like to be served “on demand”, and paying passengers on delivery is an effective and efficient way to match supply to demand in time. real.

However, the question that keeps coming up is what do the runners do with the gig work. A caricature is that runners are exploited by anonymous algorithms, live off precarious work and would rather be permanently employed. Another is that they welcome the invigorating freedom of the concert model and it works perfectly for them. Our experience is that the pilot’s voice is more nuanced.

In fact, on-demand work is popular among runners who make an active choice. A recent report by the independent Social Market Foundation (SMF) showed that runners’ reasons for choosing gig work vary, but include whether or not they can work as they choose; establish their own working model; accept or refuse work to fit their schedule; and the ability to work for more than one platform at a time, maximizing the chance of earning.

There are many reasons why many people choose gig work as an alternative or supplement to paid work. The reason it remains in the news is that the gig economy model might work even better for cyclists.

Platforms don’t always calibrate supply and demand particularly well in individual locations, meaning there may be too many (or too few) drivers on the road for the number of revenue opportunities available. . The ability to work with more than one platform at the same time is much appreciated, but passengers often report spending too much time trying to manually reconcile income from different platforms.

Another problem is that there is no way for a runner to work in a proactive and planned way. Runners are smart about making choices – they want to target a specific income level but can’t define and track progress against that goal. Beyond the downsides, this creates financial exclusion as banks and credit card companies often view gig work as contingent and reactive, not a deliberate intention to earn on the part of the individual.

We must avoid simple answers to these complex concerns: they do not serve the interests of those working in the gig economy. For example, “employment” is not the simple solution that some advocate. The SMF report underscored this, with nine out of 10 riders currently working on-demand saying they wouldn’t want to become permanent employees. This reinforces historical survey trends from 2017.

Recent changes in Spain have effectively banned freelance work on platforms. This caused some platforms to exit the market, while others complied with the law but did so by employing riders through agencies at lower fixed rates than they previously received.

The real debate should be what we can do to change the gig economy and make it work better for cyclists. First, smart regulation has a role to play. Countries like France, Belgium, Greece and Singapore are developing rules of conduct to amplify the voice of gig riders on issues such as minimum fee rates, pay transparency and collective bargaining. This should be encouraged.

Second, and equally important, is the role of technology. The market is currently addressing the concerns of independent runners and should be encouraged to continue to do so. Shiffle, the company I run, helps riders target, track, and consolidate revenue from different platforms automatically and in real-time, helping them stay in control, addressing their concerns, and giving them time back.

Other products of interest include Partner Protection Insurance offered by Allianz at Uber, which allows riders to make claims to help cover the financial cost of one-time life-changing events. The platforms are also developing partnerships with mobility companies to help users use new sustainable vehicles.

The gig economy is complicated and goes well beyond the easy answers and simple caricatures often seen in the press. We need to understand that runners see the sector as a net positive, providing a flexible opportunity to make money on demand. Platforms, under pressure to scale operations and earnings, are also right to view runners as a net positive. History shows that companies that provide people with the tools they need tend to attract and retain the best workers. The platforms that recognize this are likely the ones the runners are working with.

If we focus on improving the rider experience through a mix of smart regulation and nimble technology, the industry will work better for everyone.