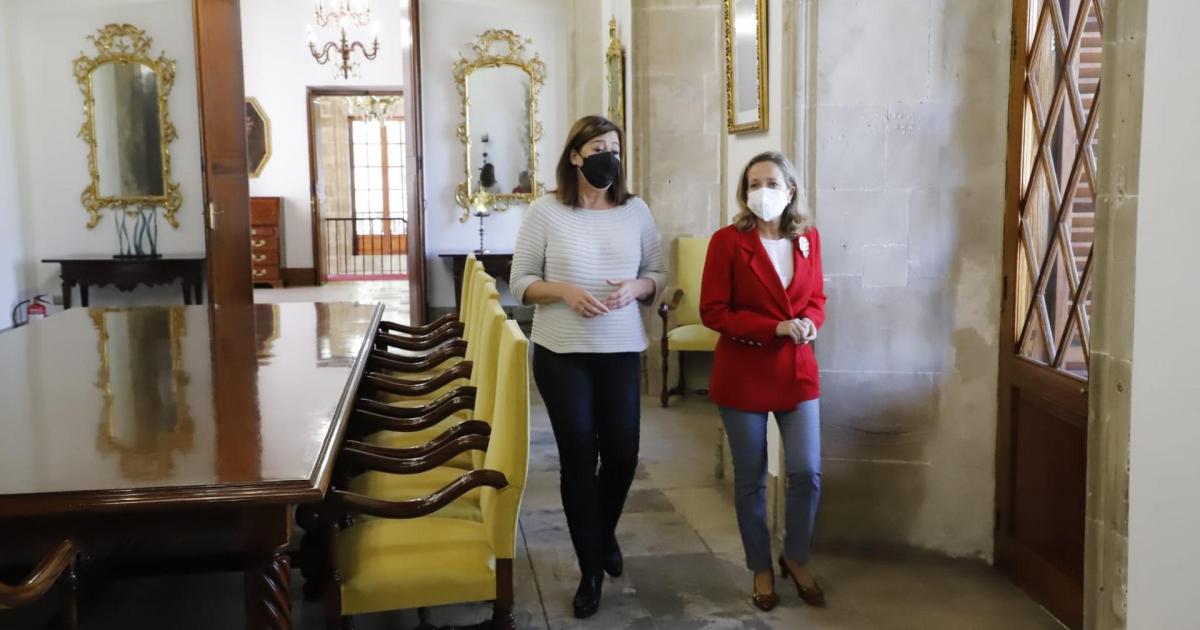 The Balearics will be “one of the engines” of the recovery

Friday in Palma, the First Deputy Prime Minister and Minister for Economic Affairs, Nadia Calvino, stressed that the Balearic Islands will be one of the regions to lead the economic recovery in Spain. In this regard, she pointed out that there are excellent forecasts for the tourist season.

Calviño, who met President Armengol at the seat of the Balearic government Consolat de Mar, praised the capacity of the islands in terms of managing aid to combat the economic crisis, both because of the pandemic and the war in Ukraine. “Not all regions have been able to pass on this aid to businesses,” she said.

“I congratulated President Armengol because more than 10,000 companies and freelancers have benefited from this aid.” The Minister added that the Balearic Ministry for European funds was one of the keys to the management of these funds: “The fact that there is such a ministry means allocating resources where there is priority.

Noting that the Bank of Spain‘s current forecast is for 4.5% growth nationwide, despite the uncertainties created by the war, Calviño stressed that “the Balearic Islands will be one of the engines of economic recovery“.