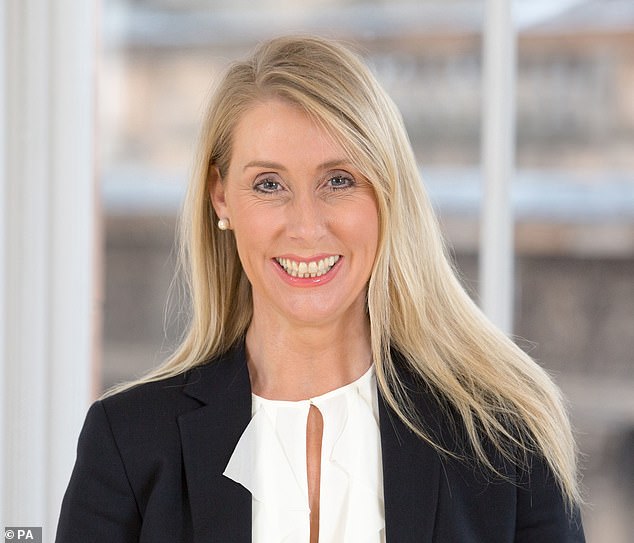 RUTH SUNDERLAND: Member-owned institutions run for their benefit are in step with the post-Covid era, but mutual principles are under threat

By Ruth Sunderland for the Daily Mail

As the new chief executive of Nationwide, Britain’s largest construction company, Debbie Crosbie comes at a time when mutual values ​​are badly needed.

There is a cost of living crisis and ministers are desperate to see the poorer areas leveling off. This is part of the philosophy of a mutualist movement based on the Victorian values ​​of mutual aid and community solidarity.

Institutions owned by their members, and run solely for their benefit, are in step with these post-Covid times. But mutualist principles are also under threat, as we saw with LV management’s attempt to sell itself to US private equity barons.

Nationwide is the biggest beast in a sector that has been sorely impoverished for more than three decades. It is the last big name still standing among building societies, the only big survivor of the demutualization craze of the 1980s and 1990s when Halifax, Abbey National, Alliance & Leicester and Northern Rock went public. The apparent reason was that, as listed companies, these lenders had access to larger capital and could accelerate growth. A less palatable motive was fat share incentives for executives.

The loss of their mutual status ended badly. Abbey struggled with toxic loans and was taken over by Santander. The financial crisis wiped out the rest.

Mutuality itself is not a magic shield, as the Co-op Bank, now owned by hedge funds, has amply demonstrated. But the remaining mutuals, foremost Nationwide, have a responsibility to their members and to society as a whole to act as a counterbalance to their profiteering rivals.

The big four banks are rushing to get rid of creditless current accounts, which were pioneered by Nationwide in the late 1980s but are stubbornly unprofitable. It will be harder for them to press charges, as long as Nationwide holds the line.

Debbie Crosbie must also stick to the company’s stance against the bank’s destructive campaign of branch closures.

At TSB, she closed hundreds of outlets, raising fears she could do the same in her new accommodation. In her previous job, however, she was responsible to the Spanish owner, Sabadell. At Nationwide, she caters to her members — and they want their branches to stay open.

By moving away from personal contact, the large listed banks risk becoming inhumane. I was shocked recently when a senior executive described callers as “abusing our phone service”. What a way to talk about his customers.

The shameful behavior of traditional banks is an opportunity for mutuals to prove that there is another way.

The LV debacle showed that the mutualist model is subject to exploitation. But the bright side is that LV has awakened the sleeping giant of limb power.

If the members appreciate mutuality, they should not wait for the arrival of the barbarians but demand that the councils develop a defense strategy to safeguard their interests.

After the VL, any mutual should look for ways to include in its statutes a watertight protection for its members.

Mutuals should also explore innovative ways to raise capital that do not compromise members’ interests. And more could be done to encourage the start-up of new mutuals and cooperatives at the local level, in order to revitalize the movement from scratch.

Crosbie took a big job at Nationwide. More importantly, customers hope she will be the standard-bearer for a mutual rebirth.