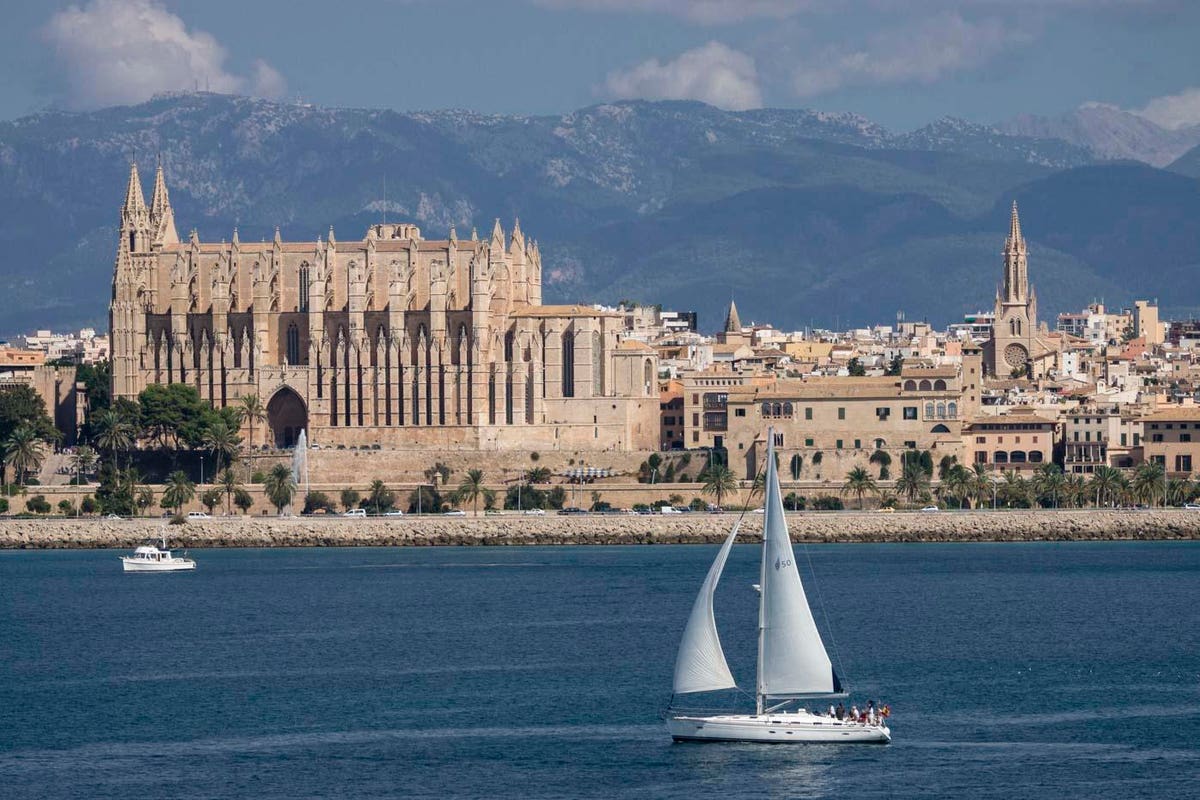 Old villas turn into hotels in the Balearic capital

The city of Palma is so compact that you would never guess that more than 400,000 souls live there. And yet, even with millions more people descending on the island of Mallorca in the summer, the capital of Spain’s Balearic archipelago proves blissfully peaceful as you wander the narrow maze of Moorish-era streets.

With more and more of Palma’s old villas turning into small hotels these days, you couldn’t find a calmer abode than the Boutique Hotel Sant Jaume in the heart of the old town. In a street – more like an alley in fact – of the same name, the property neighbors include a beautiful parish church… of the same name, of course. Contrary to the usual urban development, not so long ago, this small stretch was full of bars which have disappeared today. Tonight, and maybe after enjoying the rooftop pool, you’ll sleep like you haven’t in ages.

A small hotel lobby bar sits across from the Cantina Panzá, which is thankfully a fine-dining restaurant, rather than the canteen that English-speakers might expect. Artwork fills the hotel, starting with Mallorcan artist Robert Ferrer i Martonell’s 40-foot-tall abstract sculpture that rises to the ceiling of the atrium. A series of delightful and bright little illustrations by Victoria Masdeu and Estefania Pomar reflect the highlights of Palma’s life.

When it comes time to explore the city, you’ll find that Palma’s bright yellow sandstone Santa Maria de Palma, known as La Seu, has extra bragging rights for its famous height as it towers over the above the Balearic Sea. Its baroque nave also rivals that of the mainland for its spectacular central rose window through which the morning sun floods. Visitors can climb the cathedral’s terraces and stand under thick Gothic flying buttresses for stunning views.

While Gaudí did some work inside, today a huge draw is a bold and bright fractured ceramic mural of loaves and fishes that famed Mallorcan artist Miquel Barceló created in a side chapel in 2007.

With digital assistance so you don’t get lost, you can stroll from La Seu through the winding streets of Palma Casco Antiguo (Old Town) to land at the Posada de Terra Santa. With just 26 rooms, the renovated mansion with Gothic roots has arches throughout and some lead you straight into its La Despensa del Barón restaurant. The posada’s thermal pool is at the bottom of the old stone-walled attic and is complemented by a small pool on the sunny roof.

If Spain is exploding with lavishly laden public markets, you’d be hard pressed to find one as beautiful as the Olivar de Palma, brimming with fresh fruit, seafood, olive oils, cheeses, wines and the ubiquitous ensaimada pastry made from pork lard. The person who will take you there is the endearing food historian and chef Deborah Piña who speaks excellent English and calls her small business Deborah’s Culinary Island.

Perhaps more exciting is to enter the Forn de sa Llotgeta de Piña, an old bakery with thick stone walls and a well-equipped kitchen that she uses for her gastronomic workshop of “home cooking and comfort food” depending on the seasons. Learn how to make the vegetable flatbread called Cocahow to spread paprika sobrasada sausage as a pate and taste native wines on wooden tables.

You will also find in Palma a wonderful opportunity to dine underground in former stables. It might sound weird, but Quadrat Restaurant and its tasting menu, which can include braised octopus and guinea fowl dishes, are worth a visit.

And you could spend the night upstairs at Hotel Sant Francesc Singular in a plaza facing the Gothic Basilica of Sant Francesc (and where Californian visitors in particular will recognize Majorcan missionary Junípero Serra’s name on a statue). The Sant Francesc is yet another mansion transformed not so long ago into 32 rooms and ten suites.

Among the hotel’s artwork, Mallorcan artist Guillem Nadal’s richly textured and striking painting of curving parallel lines is prominently displayed in the lobby. Like all the best properties in Palma, the Sant Francesc has a rooftop pool terrace with up-close views of the cathedral. You may never want to come down.

Travel Notes: For the only long-haul flight from the United States to the Balearic Islands, United Airlines will launch service between Newark (EWR) and Palma de Mallorca (PMI), from June 2 to September 23. The Boeing 767-300ER aircraft, with new cabins that include United’s new top-of-the-line Polaris, will fly three times a week. United will also launch a new seasonal service to the Canary Islands.