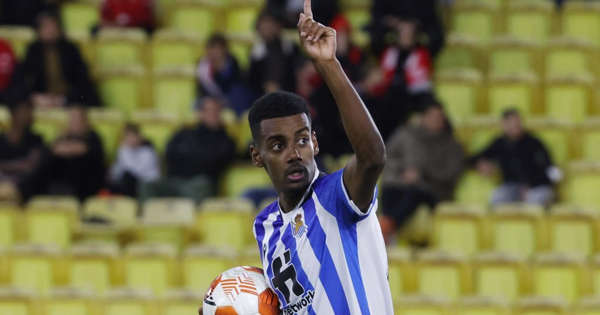 Liverpool have made progress in their bid to sign promising Real Sociedad striker Alexander Isak this summer, according to a new transfer rumour.


The Lowdown: Isak one of Europe’s top talents

Isak has been hailed as “outstanding” by Gary Lineker, who knows a thing or two about being a top striker, also scoring eight goals in 31 caps for Sweden.

The Sociedad man has been linked with a move to Liverpool in recent days and now an encouraging update has emerged.

According to Sources in Spain [via Sport Witness]the Reds have now made a bid for Isak ‘through an intermediary’ in Spain, with an offer of €70m (£58.9m).

It’s said that it’s not an ‘official’ offer yet but the La Liga outfit are said to have ‘feared’ the player might be tempted with a big departure.

Isak looks like a player with immense potential, so the idea of ​​Liverpool making a move for him this summer is hugely exciting as they plan for the long term.

That being said, the Swede is already at a point in his career where he demands regular playing time and it’s hard to see how Jurgen Klopp could guarantee that for him at Anfield.

Liverpool already have Mohamed Salah, Sadio Mane, Luis Diaz, Diogo Jota and Roberto Firmino as first-class options, so Isak would have to accept being a squad player to start with.

The only way a move would make any sense is if one of Salah, Mane or Firmino moves in the summer, with the trio all out of contract in 2023 meaning this is the Reds’ last chance to win big money for them.

In other news, a reporter posted a big update from Mohamed Salah. Learn more here.