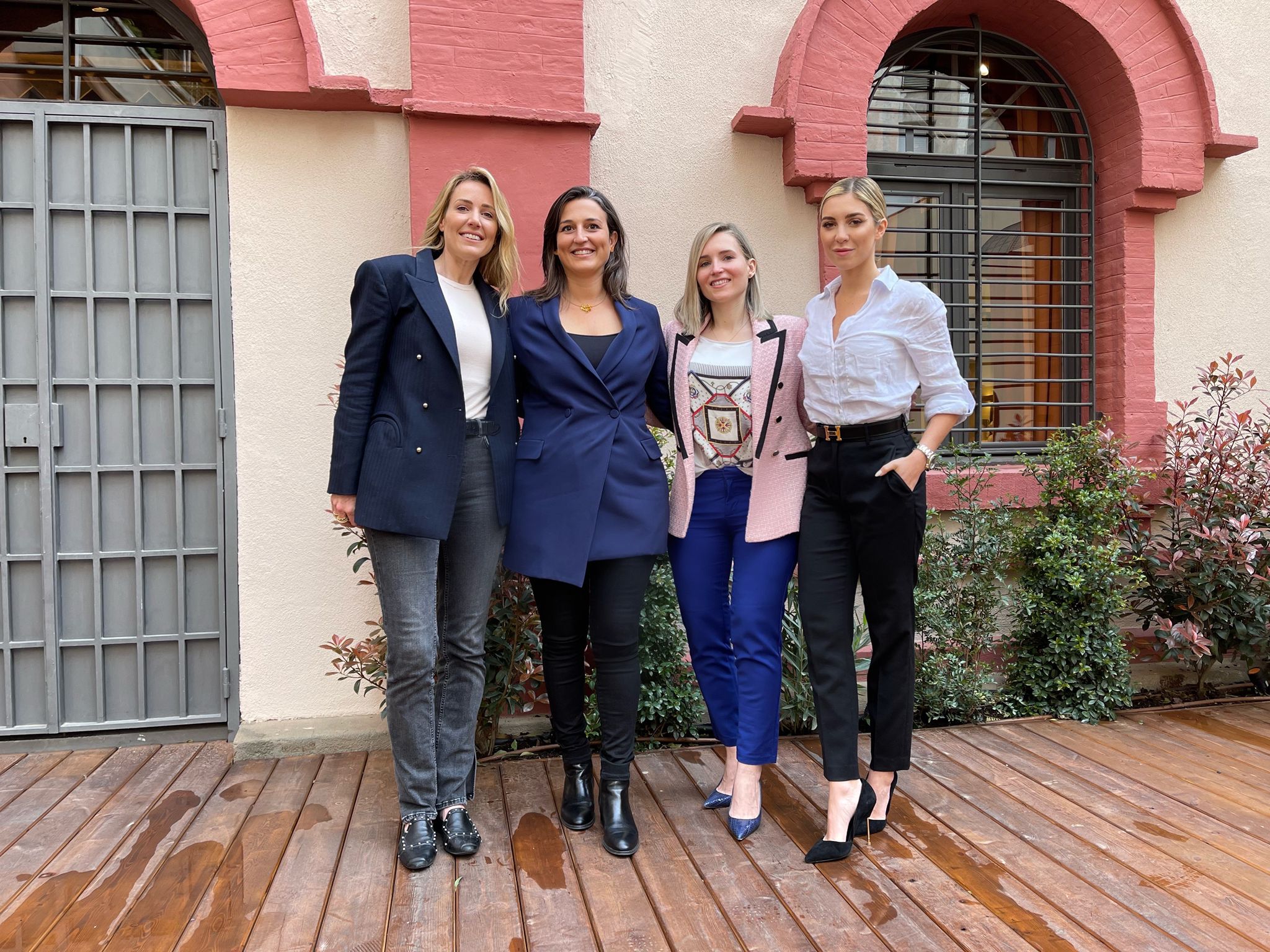 Barcelona – April 1, 2022 – Victoire Cogevina, Founder and CEO of Gloria, today announced her company’s commitment to invest €10 million to acquire title sponsorship rights to Spain’s premier professional women’s football league. The groundbreaking promise, made at a press conference in Barcelona, ​​is subject to confirmation of the candidacy of Maria Teixidor and Reyes Bellver. Teixidor and Bellver, who run the campaign under the name “Time Is Now: Commitment and Ambition”, contacted Cogevina with their proposal for Gloria Football to participate. This figure represents a significant increase from the €1.2m Iberdrola paid to sponsor the league in 2016.

Cogevina said: “As Gloria Football is a woman-founded and led company, this project aligns with the values ​​and goals of the Gloria platform, while being launched in a similar time frame. So my investors and I naturally decided to participate in the growth of women’s football in Spain. In doing so, we want to show our respect and admiration for all the women who have marked the history of this country. Players, coaches and management are the protagonists of this growth and Gloria’s investment will be dedicated to supporting and promoting their first step into the professional world. Economic support is essential for women’s professional football to continue to grow, and being the title sponsor of the women’s premier professional league is our way of helping to make this a reality.

On March 14 this year, Spain’s sports governing body “Consejo Superior de Deportes” (Higher Sports Council) approved the statutes needed to professionalize the competition. In the coming days, the council is expected to announce the timetable and requirements for the first elections of the new association, which will be created to lead the first professional women’s football league in Spain. In this context, the candidates for the presidency and the vice-presidency presented to Gloria Football (an American company of Argentine origin) their business and development plan, in the event of an election.

Maria Teixidor is a lawyer and former member of the FC Barcelona front office from 2015 to 2020, while Reyes Bellver is a football lawyer and president of the “Leadership Woman Football” platform. This Thursday at Juno House, they jointly presented their project to lead the first Spanish women’s professional football league to an audience of entrepreneurs, national and international investors, as well as football industry professionals. During the event, they presented the plans for their application and articulated the basic ideas of their project, which they defined as “independent” and having “identity, visibility, investment potential, unique innovation and sustainability” as pillars. of the project.

After co-founding the first female-owned and operated football player representation agency, Cogevina has pivoted to become a Silicon Valley football tech entrepreneur, with its Gloria Football platform striving to become the next home of football in line. She is also an activist for gender equality in football, working with UN Women and serving on the board of WiST (Women in Sports Tech).

Gloria Football is a Silicon Valley tech company creating a social media platform for football fans around the world. With an audience of already over 350,000 followers on Instagram, Gloria has quickly become a household name in football. The company sees inclusion as one of its core values ​​and is committed to supporting the growth of women’s football.

Gloria is backed by a world-class team of skilled technology and football investors, including: Alexis Ohanian (Fund 776 and owner of Angel City), Assia Grazioli-Venier (Muse Capital, owner of Washington Spirit and member of the Juventus board of directors), Garry Tan (initialized capital), Guru Gowrappan (CEO of Verizon Media) and Peter Tomozawa (president and owner of the Seattle Sounders, member of the Los Angeles Olympic committee) and Razmig Hovaghimian (board of directors of Rakuten and owner of Washington Spirit).

Notable investors confirming their support for the project include Muse Capital co-founder Assia Grazioli-Venier, who confirmed Muse Capital’s intention to contribute €40 million to the general development of the Spanish women’s football league.

Grazioli-Venier has had a successful career in the consumer technology industry, as an investor and advisor. Alongside Muse Capital’s seed investments, Assia was one of the first women to serve on the board of a European top division club at Juventus FC (2012-2021). Assia has backed a number of achievements that have made her a leader in the battle for gender equality in the sport. Muse Capital, with co-founder Rachel Springate, supports projects aligned with these goals. In 2019, Assia first became an advisor and then an investor in Gloria Football.

Assia Grazioli-Venier is a venture capitalist and advisor to high-growth technology start-ups, entertainment companies and technology companies with extensive experience in disruptive technologies. Convinced of the economic value of diversity in business, she is a board member of AllRaise as well as Impact46. She is also an investor in the National Women’s Football League club, the Washington Spirit.

Grazioli-Venier said of Gloria: “The possibility of launching the league with a record licensing agreement, as well as a content platform dedicated to us with already 350,000 followers on Instagram, is an opportunity that we do not We just couldn’t let it go. Rachel and I can’t wait to see this deal come to fruition.