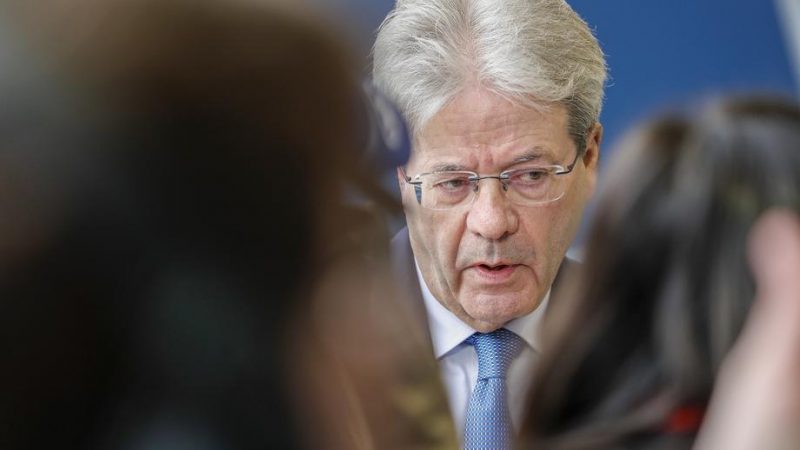 EU Economics Commissioner Paolo Gentiloni discussed the economic impact of the invasion of Ukraine, EU sanctions and the modernization of EU fiscal rules with Dutch Prime Minister Mark Rutte and traveled to the port of Rotterdam on Tuesday.

Gentiloni traveled to the Netherlands on Tuesday (April 26) to meet Rutte and Finance Minister Sigrid Kaag in The Hague. He also met State Secretary for Tax Affairs and Tax Administration, Marnix Van Rij, and State Secretary for Benefits and Customs, Aukje De Vries, in Rotterdam.

A spokesman for the Ministry of Finance, Ruud Mikkers, told EURACTIV that the main topics on Gentiloni’s agenda included the invasion of Ukraine, the resulting economic consequences and the future of the Peace Pact. stability and growth.

The Stability and Growth Pact (SGP) limits the levels of public debt and deficit in the EU and obliges the States to coordinate their budgetary policies.

According to tth dutch governmentthe meeting between Rutte and Gentiloni focused on “the state of affairs in the financial and economic field within the European Union, including the economic impact of the Russian invasion of Ukraine”.

After the meeting, Rutte tweeted: “Good talk with the European commissioner @PaoloGentiloni on the EU recovery plan for Ukraine and the modernization of EU fiscal rules. The Netherlands is working on a sound macroeconomic policy and is joining forces with other countries, such as Spain, with which @Minister_END Kaag recently presented our common ambitions.

Gentiloni tweeted that he and the Prime Minister discussed their “outlook for the European economy in these difficult times”.

According to de Vriesshe and Gentiloni spoke of the important role customs plays, as 30% of all goods destined for Europe enter through the Port of Rotterdam, “ensuring both efficient transit and enforcement of sanctions.”

Later, Gentiloni too tweeted his admiration for Dutch customs facilities and how hard they work to “enforce sanctions against Russia.”