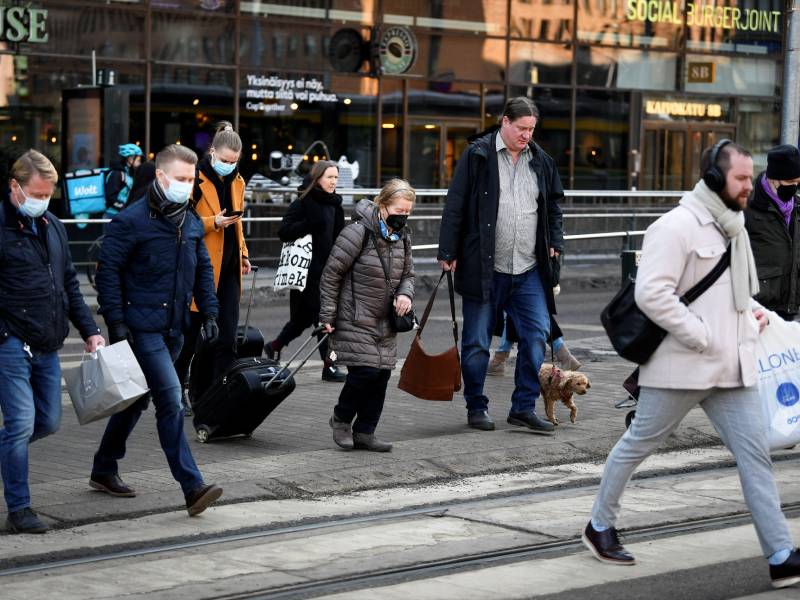 THE CAPITAL REGION of Finland has relaxed its mask recommendation, the task force coordinating the regional response to the coronavirus pandemic decided on Wednesday.

The task force said the recommendation remains in effect in some settings where it is difficult to avoid close contact with others, such as crowded indoor spaces and public transport, but that in other settings people are allowed to wear masks at their own discretion.

Wearing a mask also remains recommended for people who have a compelling reason to leave their homes and who suspect that they have contracted the virus, have respiratory symptoms or have been exposed to the virus. People using health and social services are also asked to comply with the guidelines provided by the service provider.

The Finnish Institute for Health and Wellbeing (THL) significantly relaxed its broad-based mask recommendation last week. The Capital Region Task Force responded to what was described as an unexpected announcement by saying it would stand by its own recommendation until it reconsidered it.

The Helsinki Regional Transport Authority (HSL) said on Wednesday it had lifted its “strong mask recommendation” based on the task force’s new guidelines. The Helsinki and Uusimaa Hospital District (HUS) continues to recommend wearing a mask for people who themselves or whose family members could benefit from it.

Finnair announced on Thursday that passengers on its flights will no longer be required to wear masks from Monday, April 25. Wearing a mask will, however, remain mandatory on flights to and from countries that require air passengers to wear a mask; these countries include France, Greece, Italy and Spain.

The Finnish airline encourages passengers to consult the mask requirements of their country of departure and destination on the websites of local authorities and airports.

VR also tweeted yesterday that it had removed its broad mask recommendation.