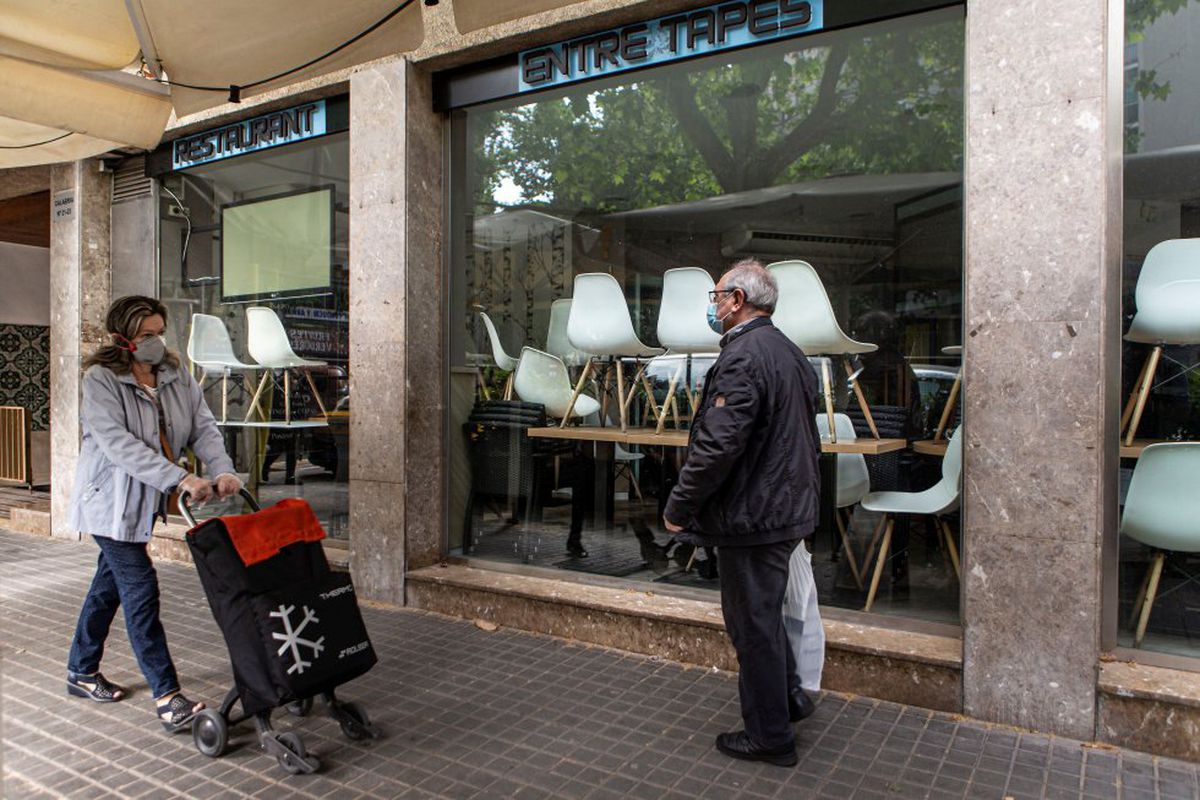 Spain has seen a sharp decline in economic activity in the first two weeks of the coronavirus lockdown, according to figures released by the Bank of Spain. Spain. Due to the strict containment measures put in place to contain the spread of Covid-19, production fell by 34% between March 16 and 31, compared to an average of 21% in the euro zone. Among the other major European economies, only Italy and France were affected in the same way. Germany, which adopted less stringent measures, saw a 13% decline in economic activity.

The Bank of Spain also noted that “the negative impact on activity has been the most asymmetric from one sector to another”. The market services sector, which includes retail trade, accommodation and restaurants, was the most affected in the euro zone (26%) due to restrictions on movement and the closure of many businesses. But the impact on service activity was significantly higher than the average in Spain, around 50%, reflecting its significant relative weight in the economy.

Arts, leisure and other personal services, which also weigh more heavily in Spain than in other eurozone economies, fell 73% in the last two weeks of March.

The Spanish government expects gross domestic product to decline by 9.2% for the whole of 2020

“Although the health crisis is a common source shock, its short-term effects have been different in each of the members of the euro zone”, specifies the banking supervisor in a press release. “These asymmetries reflect not only the different intensity with which the pandemic has hit each territory, but also the particularities of the containment measures, the differences in the productive structure, the export orientation of the different economies and their share in the chains of global value in the context of a global crisis.

“It is true that the intensity with which the economy has been closed has played a role, but I would dare to say that the main thing is the structure of the economy, the productive specialization of each country,” added Raymond. Torres, economist at the Funcas institution. .

In the case of Spain, Torres said that some of his weak points are the many workers on seasonal contracts who have not all benefited from the ERTE technical unemployment scheme, and the fact that 95% of Spanish companies are small and medium-sized enterprises (SMEs), which are finding it harder to survive the lockdown than larger ones.

The Spanish government expects gross domestic product (GDP) to shrink by 9.2% for the whole of 2020 (it fell by 5.2% in the first quarter, according to the National Institute of statistics), while the Bank of Spain expects an annual decline contraction of between 9% and 11.6%. If there is a new wave of transmission of the coronavirus, the impact could rise to 15%, according to the supervisor. But 2021 should bring a sustained recovery of more than 6.5% of GDP.

Spain’s two biggest political parties are clashing over the European Union’s 750 billion euro coronavirus recovery fund, which is awaiting support from member states. Spain is expected to receive 140 billion euros to help shore up its economy, and around 61 billion euros could come in the form of grants rather than loans. Based on this aid, the Spanish government has drawn up a plan to mobilize 150 billion euros in public spending over the next two years.

On Wednesday, the ruling Socialist Party (PSOE) and the main opposition party, the People’s Party (PP), accused each other of lacking patriotism, both in the National Congress of Deputies and in the European Parliament. The European People’s Party (EPP) wants the funds for Spain to be released only on the condition that they are not used “for ideological projects”, in clear reference to the government alliance of the PSOE with the group from left Unidas Podemos.

Podemos leader Pablo Iglesias, who is Spain’s deputy prime minister, told Congress that “conspiring in Europe so that there are cuts [in Spain] can only be qualified by one thing: betrayal. »

“Defending the Spaniards and being patriotic means digitizing and reindustrializing Spain

And in the European Parliament, the chairman of the Socialist delegation, Javier Moreno, accused the Spanish PP of siding with “the strategy of the frugal four”, alluding to the four member states – the Netherlands, Austria, Denmark and Sweden – who want EU funding to come with strict conditions. “You should also learn to be patriotic when you are in opposition.”

These remarks were greeted with claims that “defending Spaniards and being patriotic means digitizing and reindustrializing Spain”, in the words of Dolors Montserrat, Member of the European Parliament (MEP) for the PP. “It means reactivating the tourism sector, and ultimately creating jobs, which is the best social policy of all.”

Shortly before, the leader of the Spanish PP, Pablo Casado, told Prime Minister Pedro Sánchez that “the only ‘antipatriots’ here are the partners who appointed you Prime Minister”, alluding to the separatist Catalan Republican Left (ERC ) and his abstention in the vote to confirm Sánchez as head of government after the new election in November 2019.

The Spanish government knows it needs the support of Congress to pass the 2021 budget and avoid another election. At the same time, the economic impact of the coronavirus crisis requires expansive policies that will help get the economy back on track, making EU funds all the more crucial.

As for the conditions of access to these funds, the executive is ready to introduce reforms, but it does not want these reforms to take the form of budget cuts, as it did during the financial crisis a decade old. In theory, the PP doesn’t want budget cuts either, but wants the money to be used to ‘promote structural reforms and innovation’, not for projects it defines as ‘ideological’. .

A plan to extend ERTE’s temporary layoff program until the end of September is now on hold after the government, unions and employers’ organizations failed to reach an agreement at a meeting on Wednesday. Sources close to the talks said there would be another meeting on Thursday afternoon.

Under the current regulations, companies benefiting from the leave program can decide to leave it partially or to remain in it. The Ministry of Labor says the state of alert ends on June 21, and that it makes no sense to maintain the possibility of keeping all workers at home. This last situation is advantageous for companies, because the cost of the remuneration of the employees is supported by the State while the companies are exempted from many employee contributions. When employees return to work, employers again become responsible for paying wages and social security contributions.