On May 11, 330, Constantine I consecrated Byzantium (Constantinople; now Istanbul) as the new capital of the Eastern Roman Empire (Byzantine Empire), an act that helped transform it into a world-leading city. Constantine led a grand procession through the streets of the new city to the base of a new imperial column in the center of Constantinople to officially sanctify the city as the new center of the Roman imperial world.

Byzantium was settled by Greeks from Megara in 657 BC and remained predominantly Greek-speaking until conquered by the Ottoman Empire in 1453 AD.

Constantine the Great, Roman Emperor from 306 to 337, was the first Christian emperor and transformed the empire from paganism to Christianity.

His mother Helen was a Greek of low birth who, on a religious journey to Syria, Palestine and Jerusalem, discovered the True Cross.

The Emperor’s decision to announce Byzantium, then renamed New Rome, as the new capital would see it continue the Roman Empire in its eastern provinces continuing for another 1,000 years. Constantine was born around the year 272 AD in the city of Naissus.

The city was in the Roman province of Moesia which is in the present country of Serbia. His father was Flavius ​​Constantius who rose through the ranks of Roman government until he became second in command as Caesar under Emperor Diocletian. Constantine grew up in the court of Emperor Diocletian.

He received an excellent education, learning to read and write in Latin and Greek. He also learned Greek philosophy, mythology and drama.

Although he lived a privileged life, in many ways Constantine was a hostage held by Diocletian to ensure his father remained loyal.

Constantine fought in the Roman army for several years. He also witnessed the persecution and murder of Christians by Diocletian. It had a lasting impact on him. When Diocletian fell ill, he named a man called Galerius as his heir.

Galerius considered Constantine’s father a rival, and Constantine feared for his life. There are stories that Galerius tried to have him killed in various ways, but Constantine survived each time.

Eventually, Constantine fled and joined his father in Gaul in the Western Roman Empire. He spent a year in Britain fighting alongside his father.

When his father fell ill, he appointed Constantine as emperor, or Augustus, of the western part of the Roman Empire. Constantine then ruled over Britain, Gaul and Spain. He began to reinforce and build much of the area.

He built roads and cities. He moved his rule to the city of Trier in Gaul and built the city’s defenses and public buildings. Constantine began to conquer neighboring kings with his large army.

He expanded his share of the Roman Empire. People started seeing him as a good leader. He also stopped the persecution of Christians in his territory.

When Galerius died in 311 AD, many powerful men wanted to take over the Roman Empire and civil war broke out. A man named Maxentius declared himself emperor. He lived in Rome and took over Rome and Italy. Constantine and his army march against Maxentius.

Constantine has a dream

As Constantine approached Rome in 312, he had reason to worry. His army was about half the size of Maxentius’ army. One night before Constantine faced Maxentius in battle, he had a dream.

In the dream, he was told that he would win the battle if he fought under the sign of the Christian cross. The next day, he had his soldiers paint crosses on their shields.

They dominated the battle, defeating Maxentius and taking over Rome. Roman emperor ends 300-year persecution of Christians because he ‘saw it in a dream’

After taking Rome, Constantine forged an alliance with Licinius in the east. Constantine would be emperor of the West and Licinius of the East. In 313, they signed the Edict of Milan which stipulated that Christians would no longer be persecuted in the Roman Empire. Constantine now considered himself a follower of the Christian faith.

Emperor of all Rome

Seven years later, Licinius decides to renew the persecution of Christians. Constantine would not stand it and marched against Licinius. After several battles, Constantine defeated Licinius and became ruler of a united Rome in 324.

Constantine left his mark on the city of Rome by building many new structures. He built a giant basilica in the forum. He rebuilt the Circus Maximus to accommodate even more people. Perhaps his most famous building in Rome is the Arch of Constantine. He had a giant arch built to commemorate his victory over Maxentius.

Constantine ruled the Roman Empire until his death in 337. He was buried in the Church of the Holy Apostles in Constantinople. 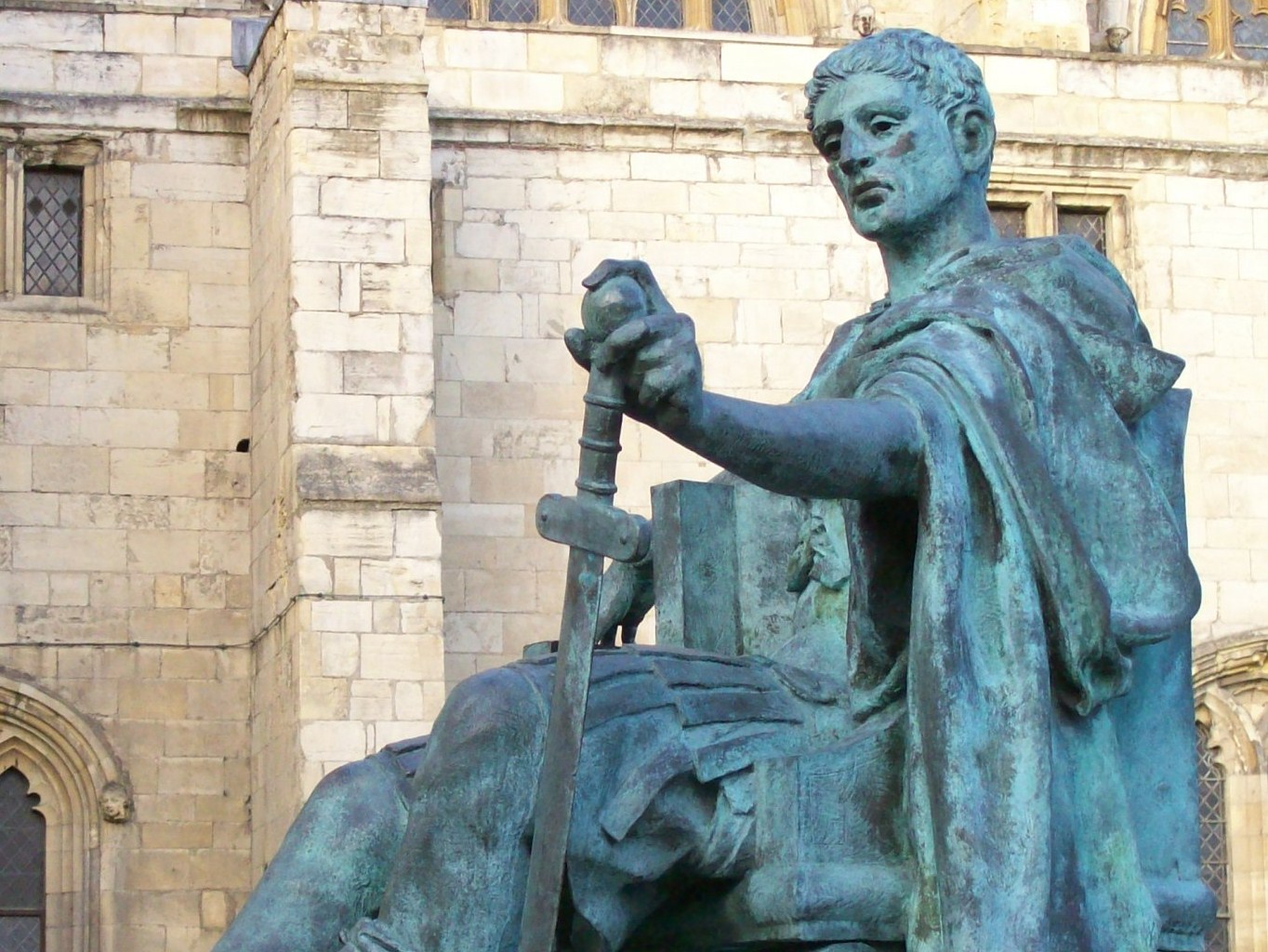