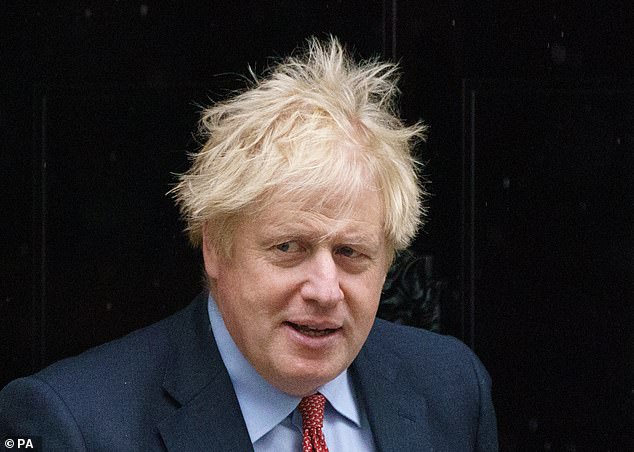 ANDREW NEIL: Our crumbling economy is a far bigger danger to PM than a birthday cake

Well, what a palaver it was! Despite soaring crime rates in London, 12 detectives have been tasked with investigating lockdown breaches at 10 Downing Street during the pandemic at a cost of nearly half a million pounds — and for what?

A £50 Fixed Penalty Notice (FPN) issued to Boris Johnson for spending nine minutes in the presence of a birthday cake – which was left untouched (both for his penchant for having his cake and eating it) .

Yes, 82 other people at the center of government have also been fined, some multiple times. But for the prime minister’s many enemies, the only real purpose of the ‘job scheme’ was to ‘get him’ – not the boys and girls in the back room that no one has heard of.

Now that it’s failed, can we move on to what really matters, like the looming recession?

Probably not yet. Knacker of the Yard walked off the stage, leaving Sue Gray, the senior official tasked with investigating ‘Partygate’, free to release her report next week. It will be a minefield for Johnson – but unlikely to be fatal. Keir Starmer’s “beergate” also remains to be resolved.

If Durham Police issue him with a fixed penalty notice it will be Boris 1 Keir 1. But it is not a draw as Starmer has said he will resign if police find him guilty of breaking the rules of lockdown. It would be the irony of ironies if this whole sad saga ended with Starmer losing his job while Johnson was sailing.

But “sailing” while all around floundering has been a regular feature of Johnson’s lucky, lucky career.

What if Starmer dodges an FPN? I suspect no one will care much (except the Labor leader, of course). The media caravan will continue.

As the Mail investigation confirms today, Johnson has always had much more to fear from the potential judgment of voters than from the police or Sue Gray. Many will find it hard to forgive him for allowing Downing Street to become Party Central when they couldn’t even visit their ailing grandmother in a nursing home.

They could be more lenient on election day if his government shows the skill and foresight to deal with a rapidly slipping economy. But, so far, Johnson hasn’t even acknowledged the problem, let alone done anything about it.

And there is a problem. The Bank of England is saying loud and clear that the economy will come to a halt before the end of this year. The Treasury agrees, but will not say so publicly.

It is not the first time in our recent history that 10 and 11 Downing Street have disagreed over what to do. Economic policy is therefore subject to rigor mortis.

The political and media classes remain obsessed with soaring inflation. Rightly so, for now. Soaring fuel and food prices are causing middle and below-average income families real hardship and anxiety. Their deteriorating situation is not helped by a government that does nothing. 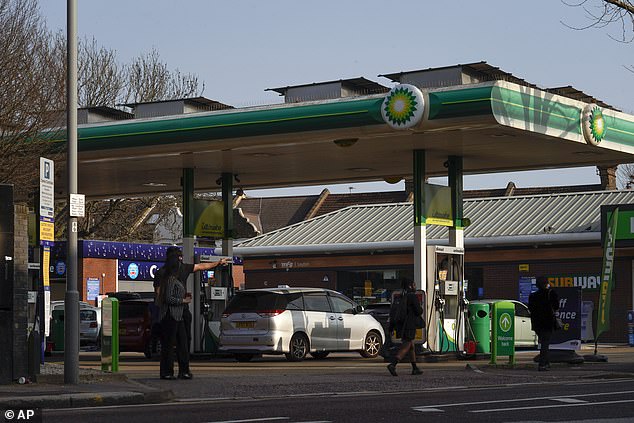 Soaring fuel and food prices are causing middle and below-average income families real hardship and anxiety. Their deteriorating situation is not helped by a government that does nothing

But the price spikes will start to subside before the end of the year. Inflation will fall in 2023 – but not to the 2% target the Bank is supposed to achieve – partly because the economy will stagnate or decline. It is the prospect of a recession, and not just rising prices, that economic policy must now tackle.

Of course, there is a limit to what the government can do. There always are, especially when global forces are at work. And rising inflation and sclerotic economic growth are global phenomena.

Russia’s invasion of Ukraine led to huge increases in food and energy prices. Around 40% of China’s economy is again in lockdown as Covid returns to its incubator, further disrupting supply chains already weakened by the pandemic. Central banks all over the world are raising interest rates and no longer spraying endless supplies of cheap money into economies.

The increase in the cost of basic necessities such as fuel and food acts as a huge increase in taxes. When households struggle to meet the cost of food on the table and heating their homes, they have less to spend on other things.

No one should be surprised that the latest surveys show UK consumer confidence at record highs. But within this arid data lies a recession: consumer spending accounts for more than 60% of our GDP and when that freezes, so does the economy.

In a desperate situation, sometimes the best we can hope for from the government is not to make things worse. The Johnson government fails even this modest test.

It is clear without a doubt that it was a huge mistake to increase National Insurance and freeze income tax thresholds last month. This deprived families of their purchasing power when they needed it most. Chancellor Rishi Sunak was warned not to, even by some on his side, but he went ahead anyway.

It is also clear that raising corporate tax (on corporate profits) from 19% to 25% next year is madness when companies are already scaling back their investment plans and markets stock markets are crashing – all in anticipation of the recession. Business confidence is now as badly affected as consumer confidence.

So far, the government seems determined to make matters worse. Sunak likes to position himself as a fiscal conservative unlike his spendthrift PM. It was part of his positioning when he thought he might be the next Tory leader (a project now on hold).

But, whatever your political ambitions, with the Bank already tightening monetary policy with higher interest rates and a reduced money supply, you really need to think twice about tightening fiscal policy as well – because doing the two as the recession calls you is to make this recession a certainty. thing (and to guarantee that it will be longer and deeper than necessary).

The Chancellor’s budget situation gives him much more leeway than he lets on.

He presides over the fastest fiscal contraction of any major economy. At the height of the pandemic, in 2020/21, it borrowed over £300bn. The following year, he rightly cut that in half. But this exercise it aims to borrow significantly less – £100billion – and half that again next year. It doesn’t need to be diminished so quickly. This is the main reason why the IMF thinks we will be the slowest growing major economy next year – if we grow.

Yet our fiscal position is strong relative to our major competitors. The IMF puts the UK’s accumulated national debt at 88% of our GDP, less than France (113%), Spain (116%), America (120%), Italy (151% ) and Japan (an incredible 262%). percent). Fiscal deficits also stand up to international comparison.

These figures explain why bond markets are looking favorably on UK borrowing. Sunak is under no pressure from our lenders to reduce the deficit as quickly as he tries.

Of course, after the massive borrowing madness necessitated by the pandemic, he had to get the deficit under control. But it could still reduce it year by year and make the circumstances more bearable for those who suffer the most.

Without borrowing anything like last year’s £150billion, it could restore the recent Universal Credit cut and increase the Hot Household Allowance by several hundred pounds. He could advance further benefit increases from the end of next winter to the beginning of this one, when the increases would do the most good.

He could even opt for an exceptional tax. It wouldn’t bring in much – maybe £2-3billion which is better than nothing – the energy companies don’t seem to care and it would shoot the fox at Labour.

All of this would allow the Chancellor to target money where it is most needed – and it would help counter the economic downturn, as the poorest families spend every penny they receive.

A radical chancellor would also consider wider tax cuts, ranging from the basic rate of income tax to a temporary reduction in VAT. Expensive, of course, and doesn’t target those most in need of help. But we will need some kind of fiscal stimulus if a recession is to be avoided or at least mitigated.

I’m not holding my breath. We have a political elite on both sides of the House of Commons who have never presided over runaway inflation or a job-killing recession and must resort to the dictionary to find out what stagflation means. They give the impression of being overtaken by economic storms.

Labor may not be too shaken by all this either, but it is the government that will be held accountable. How he handles the economy in the coming months will determine his fate in the next election. Johnson now faces a far greater threat to his future than a close encounter with a birthday cake that ended up costing him £50.